Many drivers struggle to figure out which trim level of the Volvo XC60 they want to drive. After all, you can pick from a total of five configurations. If you like the T5, you can pick from the T5 Drive-E and T5 AWD. Those who prefer the T6 can select among the T6 Drive-E, the T6 AWD, and the T6 AWD R-Design. The T5 and T6 designations take care of most of the differences while the other elements of the configuration refer to engine and drivetrain, with a few minor differences in some cases.

Everyone is comfortable in all XC60s since even the base T5 versions have a tilt-and-telescoping steering wheel with leather, memory for the driver’s seat, 8-way power and power lumbar 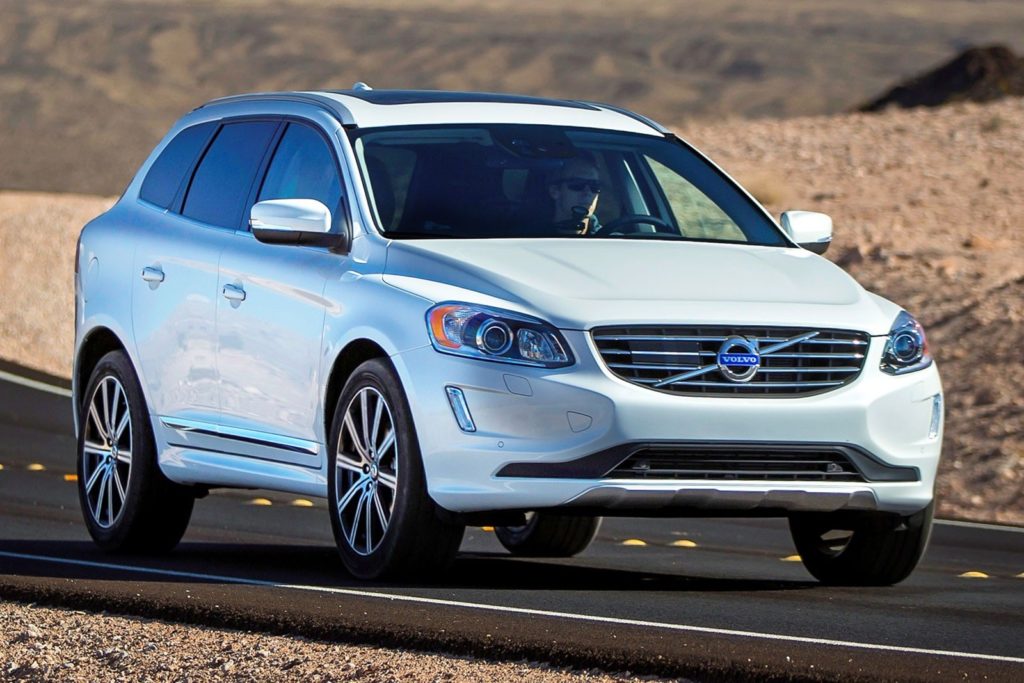 for the front seats, cruise control, and dual-zone automatic climate control. The rear seat splits 40/20/40 before folding, and the T-Tec fabric upholstery is luxurious.

Volvo proves it knows technology with an incredible list of standard features on the XC60 T5. Safety comes from City Safety, with low-speed forward collision warning plus mitigation. Connect devices with the auxiliary audio jack, USB audio interface, smartphone integration app, or Bluetooth for phone and audio. You can also listen to music from the CD player, HD radio, or satellite radio on the eight-speaker sound system. Other tech in the T5 includes the On Call system, a 7-inch display, voice commands, and Wi-Fi connectivity.

If you want, you can further customize your T5 trim with the Premier or Platinum package. The first gives leather upholstery, navigation, an auto-dimming mirror, a panoramic sunroof, rear privacy glass, and configurable digital gauges. The Platinum package adds more technology, keyless ignition, and a better sound system. There is also an available Technology Package.

If you pick the XC60 T6 Drive-E, you will get a 302-horsepower, 2-liter turbocharged and supercharged 4-cylinder and front-wheel drive. The T6 AWD obviously has all-wheel drive, and it has a 3-liter turbocharged 6-cylinder that generates 300 horsepower on the normal version or 325 horsepower on the R-Line model. Other than that, this trim builds on the T5 with the Premier Package. It also has the keyless entry and ignition system. The T6 R-Design also has unique styling and gauges, plus 20-inch wheels.

Customizing the XC60 T6 is easy with the Platinum Package, which adds similar features as on the T5, or the Technology Package.

For more information on the Volvo XC60 trim levels or help figuring out which version of this luxury SUV you should drive around Lynchburg, Virginia, talk to the friendly team at Volvo of Lynchburg.

Disclaimer: The stock image is being used for illustrative purposes only, and it is not a direct representation of the business, recipe, or activity listed. Any person depicted in the stock image is a model.